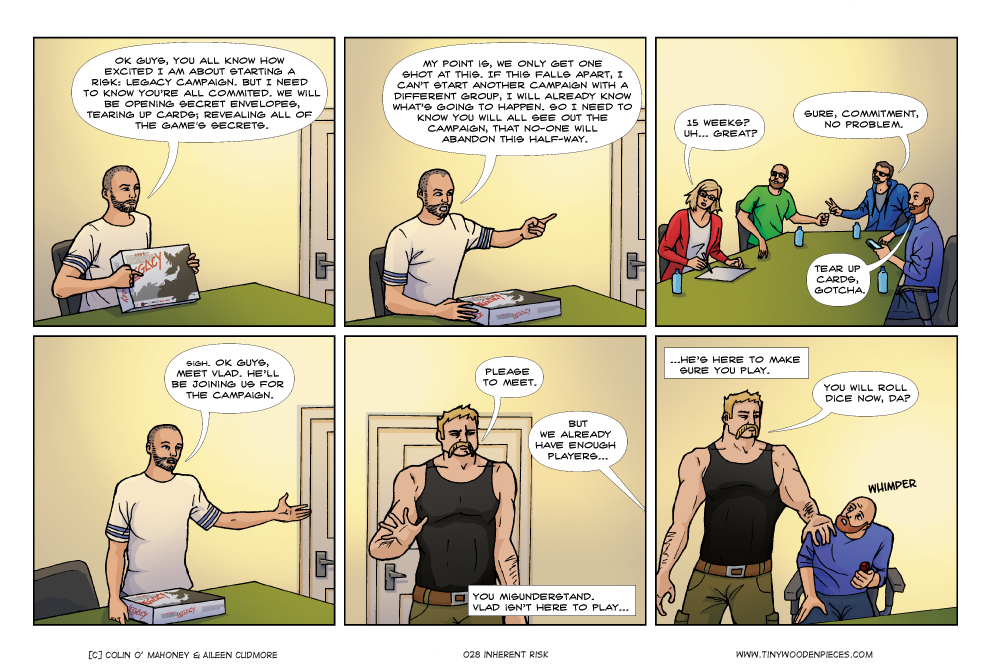 Anyway, Risk: Legacy offers that experience again, and I really am very eager to get into it. We start our campaign tonight. I got very excited just reading the rules during the week. Tearing up cards, drawing on the board, opening up sealed envelopes and stickering whole new sections into the rulebook, and wiping sections off the map are all things that happen. The rules literally change over the course of the campaign. No-one knows how the rules change, or what happens when the envelopes get opened.

But I do worry. If the campaign crumbles for any reason, if even one player drops out, well…those envelopes have already been opened. Those rule changes are known, the surprises have been spoiled. I really don’t think there is any going back and starting again.

Risk: Legacy is one of the games I have been more excited to play than any other, and I only have one chance. If I could make the other players sign a blood oath I would. I did suggest it to one of them, but they laughed as though I was making a joke, so I acted like I was. I didn’t want to scare him off before we had begun.

Then again, maybe it would be a good gauge of commitment.