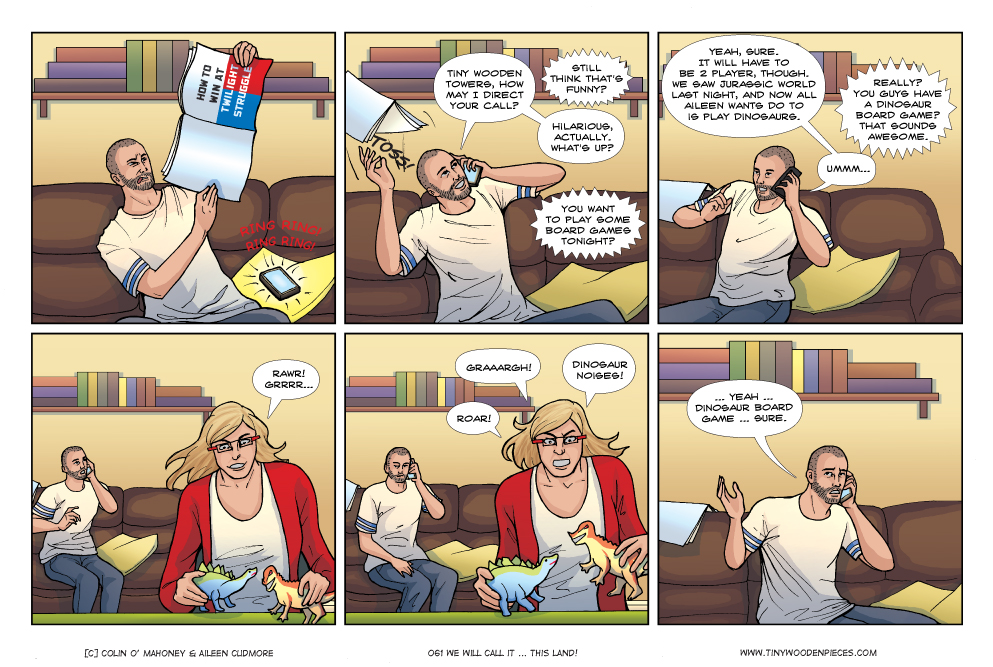 Saying ‘making comics is easy’ is not at all true, but for comparative purposes, please allow the indiscretion and bear with me.

Making comics is easy. It’s the promotion part where I really fall down, and, sadly, the promotion part is just as important as the making part. I love writing Tiny Wooden Pieces, and I love connecting to other people and getting to talk to them about board games. If I was better at promoting the site, it would follow that we could reach more people, share our experience with more people, and get more people involved in our conversation. I’ve just never been good at self-promotion. It might be an Irish thing, but my genes can only take part of the blame. Social media is free and easy and leaves no room for excuses, and no place to hide when the blame comes to town.

I was talking to a work colleague during the week, only to discover that she had no idea I made a webcomic. I have worked with her for the entire time we have been making TWP, which is more than a year now. I don’t work in a sprawling, multi-floored cubicle farm with hundreds of fellow drones. I have fewer than 10 work mates. On my part, this illustrates just how bad I am at promoting the comic. For her own part though, my colleague demonstrated a response to discovering the comic that I am not exaggerating in describing as perfect. The next time I worked with her, which was only two days later, she had read through the entire archives, and purchased a copy of Love Letter. She is not someone who plays board games (excepting a dubious interest in Monopoly.) To say she not only read and enjoyed the comic, but started playing games because of it, was so gratifying. This is why we make Tiny Wooden Pieces. Because we want everyone to love board games as much as we do. We want to share our hobby, talk about it, laugh about it. We want to bring cardboard, dice and a sense of humour to the table. Knowing that the comic has this effect on just one person, or even a small percentage of our readers helps inspire the work.

Maybe even enough to help me be a little better at promoting it.

Tags: dinosaurs, game night, Jurassic World
10 Comments on We will call it … this land!