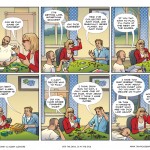 END_OF_DOCUMENT_TOKEN_TO_BE_REPLACED

Tags: Daredevil, deck building, disorganisation, Marvel Dice Masters
16 Comments on The devil is in the dice 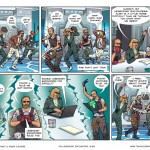 Legendary Encounter with an alien

This week’s comic is laid down exactly as it happened. No concessions were made to the story in order to facilitate a better punchline. By which I mean, I couldn’t think of a better punchline, so decided to make as close to life as possible instead. That’s something, right? Dialogue has been attributed correctly, and evidence of our defeat at the hands of Legendary: Encounters has not been exaggerated. Not in the slightest.  That game is hard.

END_OF_DOCUMENT_TOKEN_TO_BE_REPLACED 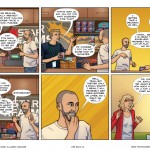 In case it is in some way ambiguous: this comic is in no way intended as a slight on Star Realms. The game is a superb price point, brilliantly packaged, and a really great game. I have a lot of respect for the decisions implicit in the packaging and pricing of this game. We own boxes with similar levels of components that take up 5-10 times the amount of space on my shelf that Star Realms does. It is genuinely portable, and that fact married with its 20-35 minute playing time means it is a game that is going to be well travelled, and often taught, in 2015.

END_OF_DOCUMENT_TOKEN_TO_BE_REPLACED 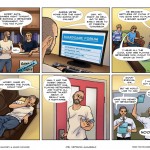 If you’re interested, you can find it here, and you can bid on a guest appearance in a Tiny Wooden Pieces comic here. If you are the highest bidder when the auction ends, we will also ship you signed, colour print of the comic in which you appear. If you are one of the many who have already bid so generously on this item, I would like to thank you.

END_OF_DOCUMENT_TOKEN_TO_BE_REPLACED 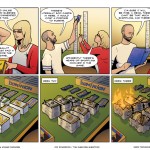 It took us a long time to come around to Dominion. We were looking for a 2 player game, and it kept coming up. So we would go to the game store and pick it up, and think –this is just a box of cards. It’s a Big box of cards, sure, but we were looking for a board game, not a card game. But we’d browse BGG and see how highly Dominion was thought of, and see the Spiel de Jahre prize it had, and go back and look at it. And though it had been a long, long time, a youth spent playing Magic: The Gathering still left me dubious of card games. END_OF_DOCUMENT_TOKEN_TO_BE_REPLACED