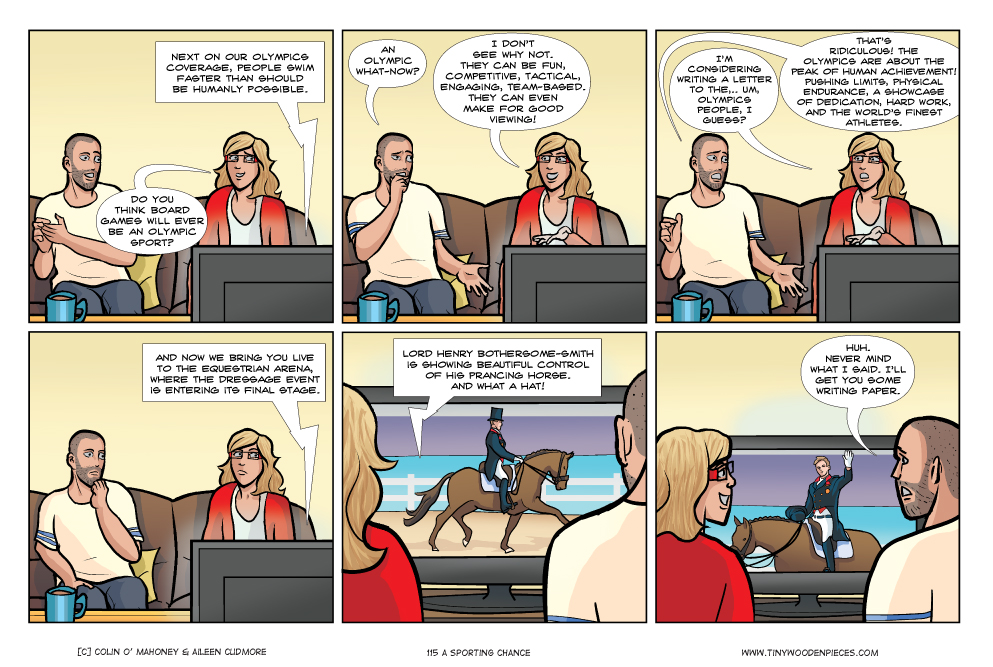 I think maybe if you can wearing a tuxedo doing it, then maybe it shouldn’t be an Olympic level sport.

Sometimes I wonder if maybe events like dressage bother the other Olympians. Like maybe the marathon runners are sitting around drinking protein shakes at the Olympics after-party, talking about how many six day weeks they have trained. How they have spent literally their entire lives preparing, building, running, sweating, crying. How rain, hail or shine, they throw away their social lives, miss their families, dedicate their bodies and minds to the goal of not just winning at the Olympics, but even just to compete at the games. And in walks a showjumper with a medal around their neck and a top hat on their head and they shake their heads and think “for f$ck sake.”

Joking (and dressage) aside, though, I do have mixed feelings about the events in the Olympics. On the one hand, I think it’s absurd that things like pistol shooting and trapping are still featured. But on the other hand, they are just modern forms of archery. If you were to weed out the sports and games whose roots are in violence and war, you would lose a shocking number of events. Martial arts, wrestling, even dressage, as Aileen has pointed out to me, has its roots in training warhorses, and why should we celebrate that? The Olympics date back too far for it to be a simple matter, but it is nonetheless an interesting question.

On the other hand, though, I am perfectly fine with things like board games not being featured. As nice as it would be, I don’t think it’s the right fit. Outlets already exist for those who want to play board games competitively, and that’s something that is growing all the time. Besides which, I don’t think the majority of gamers have any particular interest in making their hobby any more competitive. It’s more important to advertise the past time as a fun, social outlet that provides an engaging, memorable play experience. And you don’t have to dress formally to do it.

But the horses are SO amazing! I’d still watch it to see them . . .