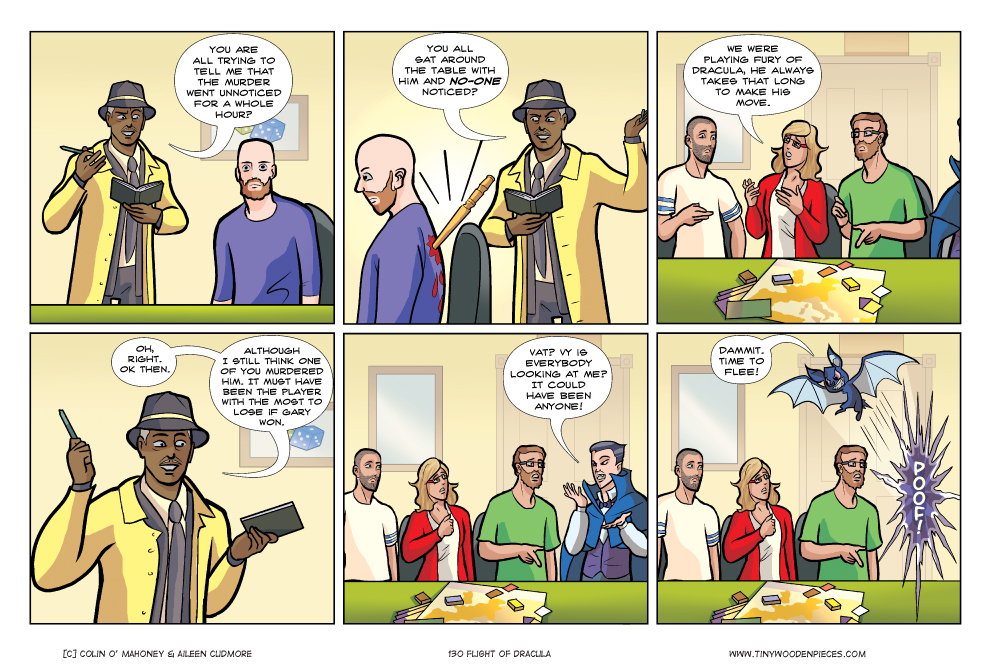 A stake is the only way to kill a Gary, as conventional means have no lasting effect on him. Well, I say conventional, but the reality is that he has had some pretty unconventional deaths in his time.

Poor guy, he should really stop beating me at X-Wing.

We don’t actually own ‘Fury of Dracula’, but it’s pretty high on our want list. And now that Fantasy Flight Games will no longer be working with Games Workshop, it is a game that could become very difficult to get in the near future, as the game is a product of this licensing agreement. We have heard nothing but great things since the new edition came out, and in typical FF fashion, it looks gorgeous. Perhaps Christmas will be kind. By which I mean perhaps we will be kind to ourselves over Christmas, as we are grown-ups who Santa has long since abandoned.

As I’ve mentioned before, some friends of ours are planning a pop-up board game cafe in December, as a proof of concept for an actual board game cafe. The success of the pop-up will help determine the viability of a cafe further down the line. Obviously, we’re more than a little excited about this, and we’re doing as much as we can to help out.

Right now, I’m working on a list of board games for inclusion in the cafe, and I am trying to make a list of games that would be considered ‘essential’ for a board game cafe. If you wanted to help, you can do so by leaving a comment listing 3-5 games (or more, if you’re inclined) that you would consider ‘essential’ for a board game cafe. Whether they are personal preference, games with wide appeal – whatever criteria you wish to apply.