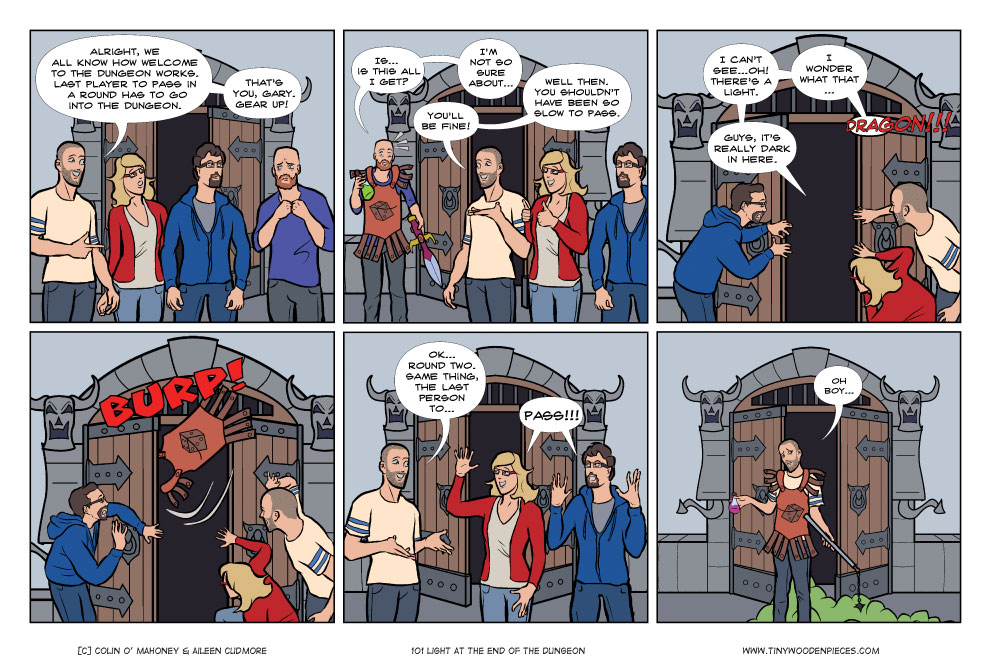 And the winner is …

(If you don’t know what I’m talking about, we ran a draw to win a free signed print of your favourite TWP comic by commenting on last week’s comic, and now we’re announcing who the winner is.)

…Curtis J. Reubens! Congratulations, and thanks for commenting! If you send us an email with your contact details, and of course your favourite comic, we’ll get it sent out. Our email address is:

I want to thank EVERYONE who commented, and everyone who comments here every week. We love talking to you all, and hope the conversation continues and grows.

And now another announcement! We’re going to be in Boston for a few days at the start of May, and we fully intend on spending too much time at the local board game cafe. We had a few people ask, so if you want to come along and say hello, hang out and play games with us, we will be there Tuesday the 3rd of May. It’s not a formal event or anything, it’s literally just gonna be us playing games and chatting, and if anyone wants to come along for chats and games we would be delighted to meet you. The cafe is Knight Moves, and it’s in Brookline MA.  Directions and stuff can be found here. They charge $5 for unlimited gaming, so obviously you will need to pay that. We will confirm a time a little closer, but probably around 7 or 8PM, until they close at 11PM.

If you do think you might come, let us know in the comments below. We don’t expect that many people, but just in case there are loads of people in the area who want to come, we should give the nice people at Knight Moves a heads up beforehand, so if you all comment we can get an idea of numbers.

We have never been to Knight Moves, but obviously they are the best board game cafe because of the wonderfully bad pun that they used as the name of their cafe.

Welcome to the Dungeon is a lot of fun. Similarly themed to Munchkin, it’s easier to set-up, easier to teach and probably a better gateway game. Only one of the players will actually end up going into the dungeon. On your turn, you either add a monster to the dungeon, or take away a piece of equipment. Either way, the dungeon gets harder. At any point you can pass (say, the rounded after you added a Balrog and someone else took away the armour). Once everyone has passed the remaining player must crawl the dungeon. This is a quick process of flipping over the monster cards and seeing if you have the equipment to deal with them. The actual dungeon part is fun, but brief. The real game here is bluffing. Making the dungeon more and more treacherous and then avoiding being the one to tackle it. Simple, quick, hilarious, and it’s got really fun artwork too. There is pretty much guaranteed laughter as everyone passes in quick succession leaving one poor player left, wishing they hadn’t just taken away the healing potion.