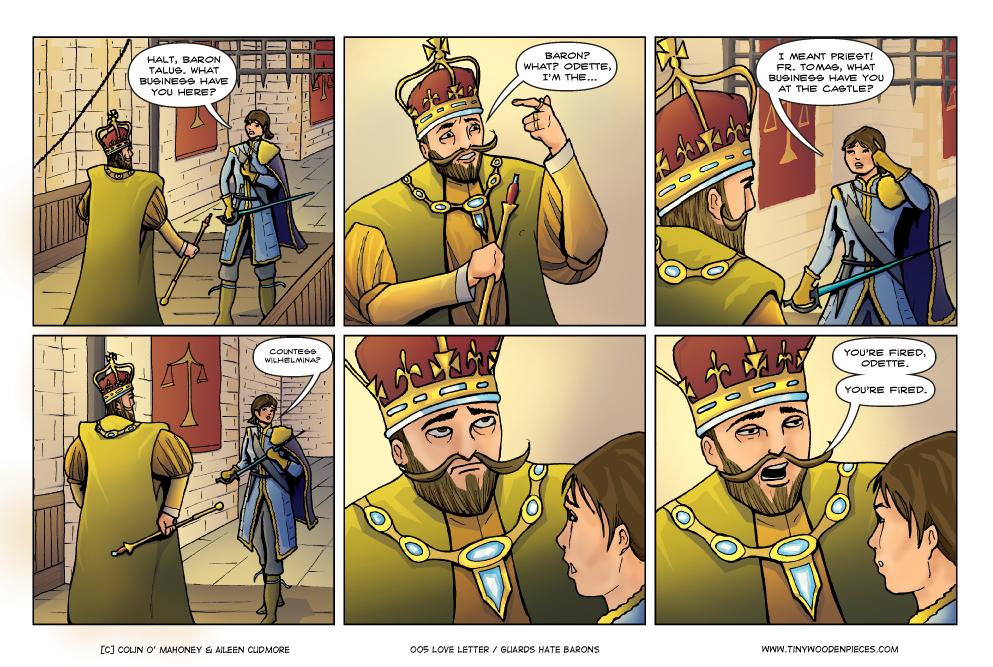 Some counters – they are just there to keep track of score. 4 reference cards – convenient, but far from essential. After that you have 16 cards and a lovely velvet-y pouch to carry them in. That’s it. 16 cards that manage to add up to a game that is easy to teach, quick to play, and a great balance of deduction and luck.

That’s elegant design. I have never introduced Love Letter to someone who didn’t enjoy playing it. Who didn’t look at me as if to say “that’s it?” after I explained how it plays. Who didn’t get straight into playing it, and then, that wonderful moment when it clicks with them. That exact moment, and it is always written on their face, where they realise – hang on, there’s a bit more to this. I can deduce, here. I can figure things out, I know if you discard the Countess you probably may have the King. I can play this game. And then you’re 3 rounds in and you know they’ll want to play again.

We don’t sleeve every game we own. It’s not always necessary and it’s an added expensive. Sleeving we reserve for the type of game that will travel, see a lot of use, particularly by non-gamer friends, who don’t know the awful pain we feel inside when the roughly shuffle or otherwise mishandle a lovely deck of cards. Games that are going to get played in the pub or at parties – they will be sleeved.  In many ways, it’s almost a compliment to say a game is being sleeved by us. Love Letter is sleeved. I hate hiding the superb artwork on the card backs, the gorgeous colouring, the feel of the cards, but, well. Our lesson has been learned.

As I said, I have yet to meet the person that doesn’t enjoy Love Letter. I’m certain they exist, of course. In fact, one sneered in passing at the game at a local games night recently, but he didn’t seem to be the kind of person we enjoy playing games with. He seemed more the type that takes gaming so seriously that they forget the point is to have fun.

Okay, so not the game based on the Discworld novels by Terry Pratchett. Rather I am referring to the quite wonderful Love Letter, a seemingly simple card game which constantly punches far above its weight.

Love Letter is part of a series of games based around the city-state of Tempest in which suitors (the players) attempt to smuggle their love letters to the Princess Annette via various members of the royal court. And amongst these intermediaries is Guard Odette.

The Guard card is one of the most common in the game and can be quite useful. When discarded, the player must nominate another player and guess what card they hold. If that player has that card, then they are immediately eliminated from that round and their precious love letter cast into the fire.

But players are often forced to use the Guard card early on in the game. And with very little information available at that stage, they invariably have to rely on blind luck when predicting the card of another player.

Or is it luck? For whatever reason, in many of the games that I’ve played, people frequently use the Guard to make the same challenge over and over again: