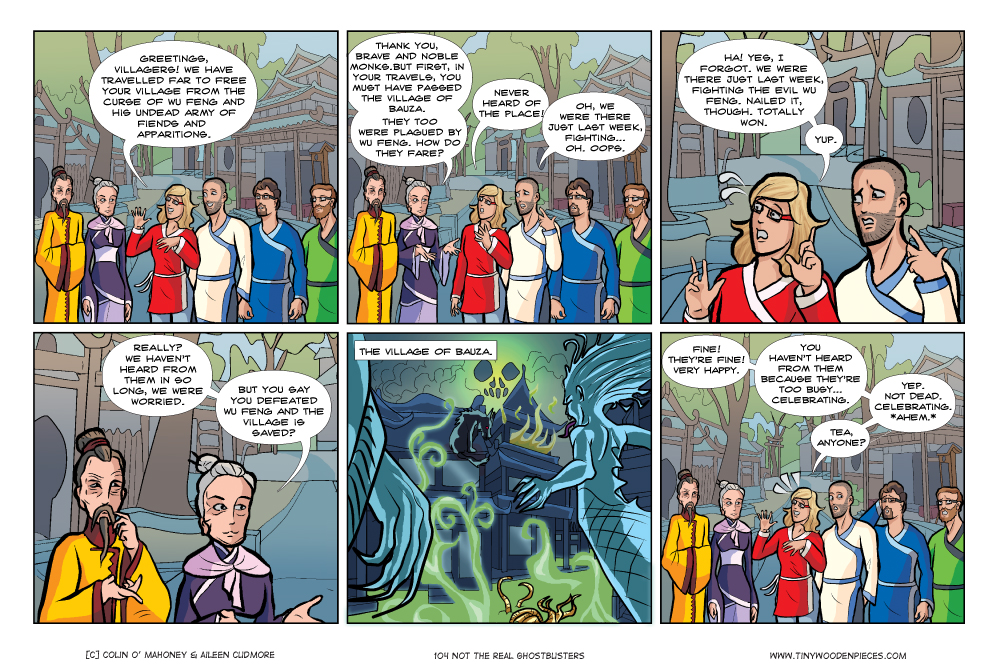 More than a few villages have fallen to haunt, damnation, and ruin thanks to our inexpert fumblings and rookie mistakes in Ghost Stories. Yet on we troop, promising deliverance to the unsuspecting villagers that put their salvation in our amateur hands. Night after night, time after time. I think Ghost Stories might actually be more difficult than Pandemic, and not just because of the random factor that is introduced by the inclusion of dice. It’s just a damn hard game.

Love it, though. It’s a tense co-op that forces the players to think ahead and work closely together from the very first turn. And as I mentioned before, the unusual theme and gorgeous artwork mean it’s a game that I will always be happy to play (and probably lose).

Unusually for a game I love so much, though, I don’t have that much of an interest in the expansions. I’m curious, sure, but I don’t see how the game would benefit from them. They seem to throw so many additional elements into the mix, and it just doesn’t need that. There is always enough going on to engage everyone at the table. Maybe once I feel I’ve mastered the challenge of the base game they will seem a more exciting prospect, but that could be a long time coming…

The comic this week is, I think, the best work Aileen has done in a while. Post-holiday, we have some more time to play board games, and work on comics, which is exactly what we both want to be doing. The extra time will allow us to have more fun with the comics, too, taking in some silly, outlandish settings and stories. Over the course of Tiny Wooden Pieces, Aileen’s artwork has improved dramatically, and I’m delighted she is actually getting to show that off now. So here’s to a nice, long, uninterrupted run of comics from us for a while. As long as her college dissertation, moving house, lingering jetlag, global warming, ghosts, the awful economic landscape of modern Ireland, and/or goats don’t interfere with our holy work.

It doesn’t make the news very often, but you’d be surprised at what a constant problem goat attacks are over here.