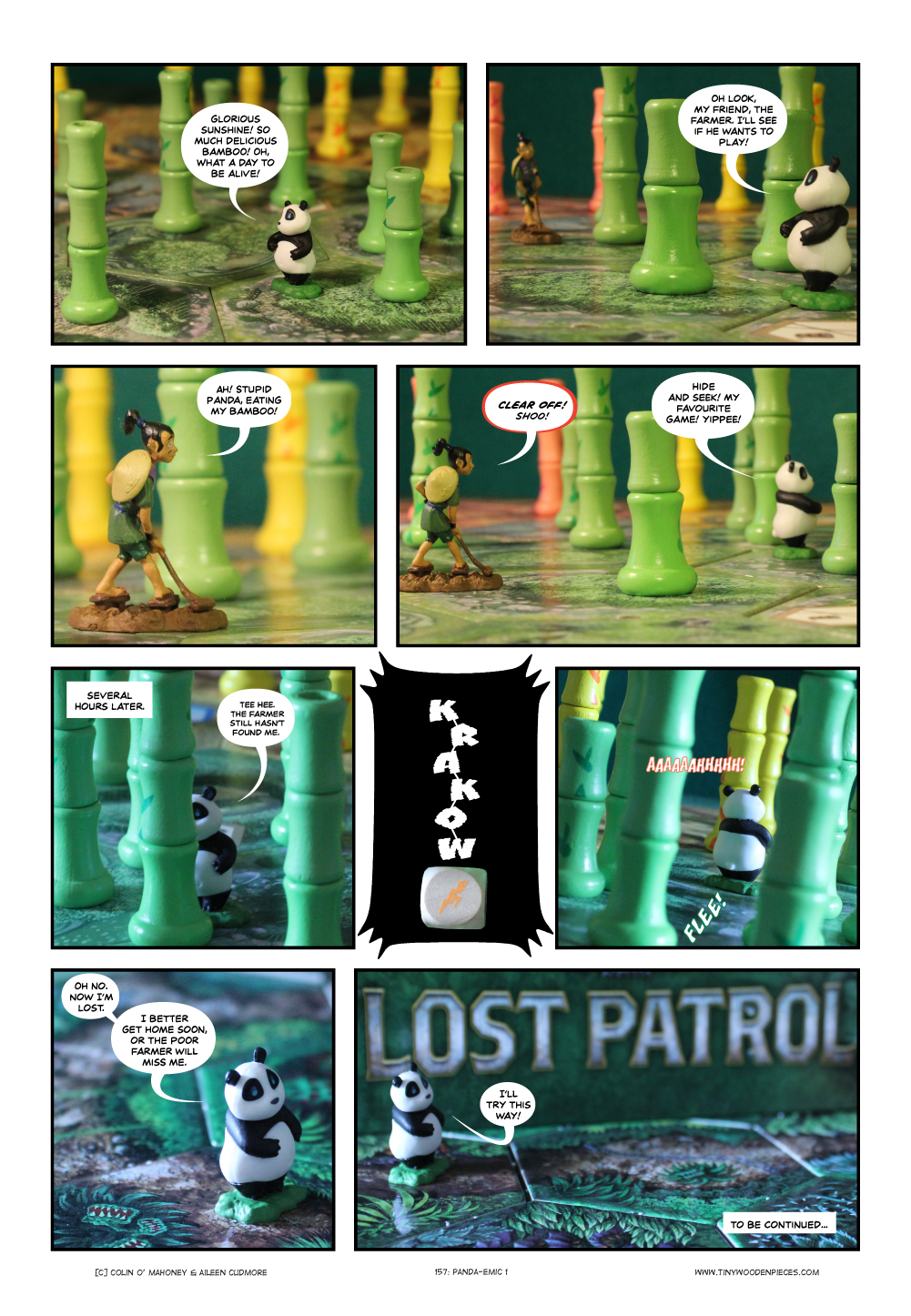 This week’s comic marks the start of something new and very different for us. It’s something we have spent a couple of weeks working very hard on, and we are very excited about it. We hope you enjoyed what is just week one of the adventures of Panda. Those familiar with ‘Lost Patrol’ should have an idea of what he is in for next week – suffice to say things won’t get any better for him right away.

More than ever, we would love your feedback. We have 4-6 weeks of comics planned in this style with our panda friend, so if you absolutely hate it, you’re probably just out of luck. Other than that, we hope you give it a chance, and would love to hear your thoughts. We had a lot of fun working on the series – developing the idea, setting up a little makeshift home studio, taking all the pictures, and then stitching them together in Photoshop. It’s a completely different approach to making comics for us, and we both felt it exercised our imaginations and talents in new ways. After three years (!) it’s good to take a break and try something different, and I think this story arc is the best the comic has been in a while.

Also, if you do like the comic, it would be great to get some reposts/likes and all that other good social media stuff, to highlight the story. Much thanks if you can spare the time for that.

Finally, of course, a mention must go to publishers Bombyx and Matagot for publishing Takenoko, which of course is where this week’s comic is set. Full credit to Antoine Bauza for designing such a great, adorable game. In fact, as Panda continues his adventures in the coming weeks, the games of Antoine Bauza will be cropping up again.

And of course, the game owes its beautiful design and aesthetics to illustrators Nicolas Fructus, Joel Van Aerde & Yuio. It was a pleasure to spend so much time photographing their gorgeous game (I probably took about 80-100 pictures for the comic, and enjoyed it the whole time).

If you have never played Takenoko, we strongly recommend it. It’s light, with a fair sprinkling of luck, but it is fun, beautiful, and just the right level of thinking for a gentle evening’s game with friends.

And it has a panda. I mean, how could you not love that guy? It is completely fair to say that the panda miniature in Takenoko is entirely responsible for the arc of our comic for at least the next month.