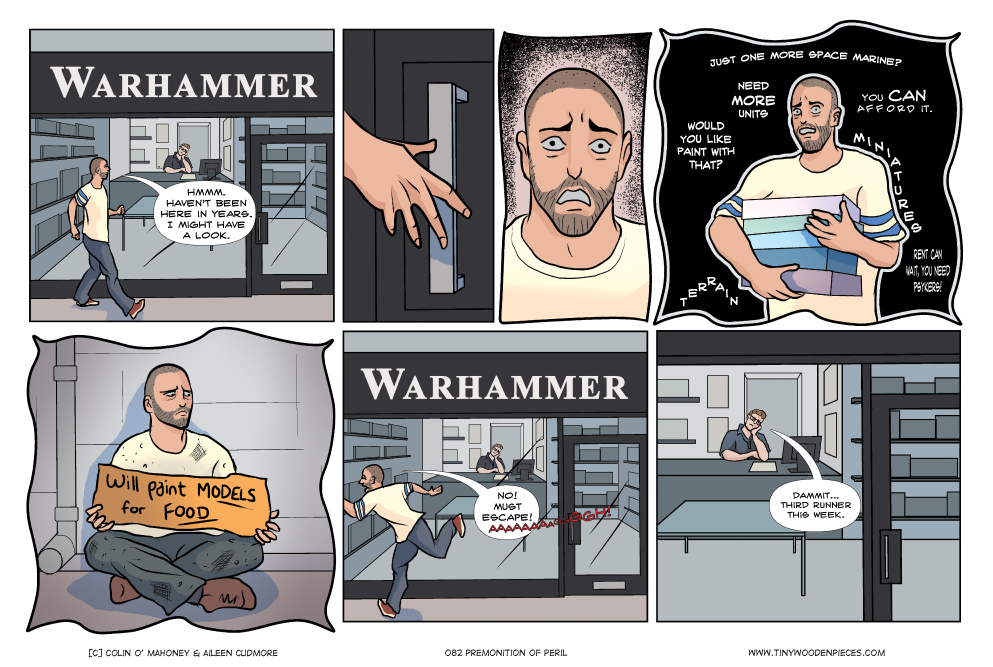 They’re called Warhammer stores now, which is new. No longer Games Workshop, as it was in my day. Or indeed, until very recently. Orks were my poison, back in the day. Legions of bloodthirsty boyz, red-striped bikes, gretchin swarming over everything, and oodles of colourful, inventive, backfiring artillery. These days, X-Wing is the furthest into miniatures territory I’m willing to tread. Small, pre-painted forces make for a game that doesn’t take an excess of time or money to get to the gaming table. And as much as I like the idea of large scale battles and turn-based strategy, I’m very happy to stick with X-Wing.

Speaking of which, the big news this week was Fantasy Flight Games announcing yet another incredible looking Star Wars board game. And, as ever, it was completely out of the blue, without even a ripple in the force to foreshadow its arrival. The game bills itself as an ‘epic conflict’, and epic it does seem to be, with 150 miniatures and a board taking in thirty-two systems from the Star Wars galaxy. Without a designer credit or much in the way of gameplay details, it’s obviously hard to tell exactly how good (or not) it’s going to be. On the other hand, you can control a Death Star, and if you wish, actually destroy planets with it. So I’m sold, one way or another. Perhaps mercifully though, the game is not out before Christmas, which means Aileen will be getting a Christmas present and not just an apology for the fact that I’ve blown all my money on a giant Star Wars game. It also means that Pandemic Legacy is still holding the top spot for our Christmas-present-game. Thanks for the feedback on that, everyone who commented a few weeks back.