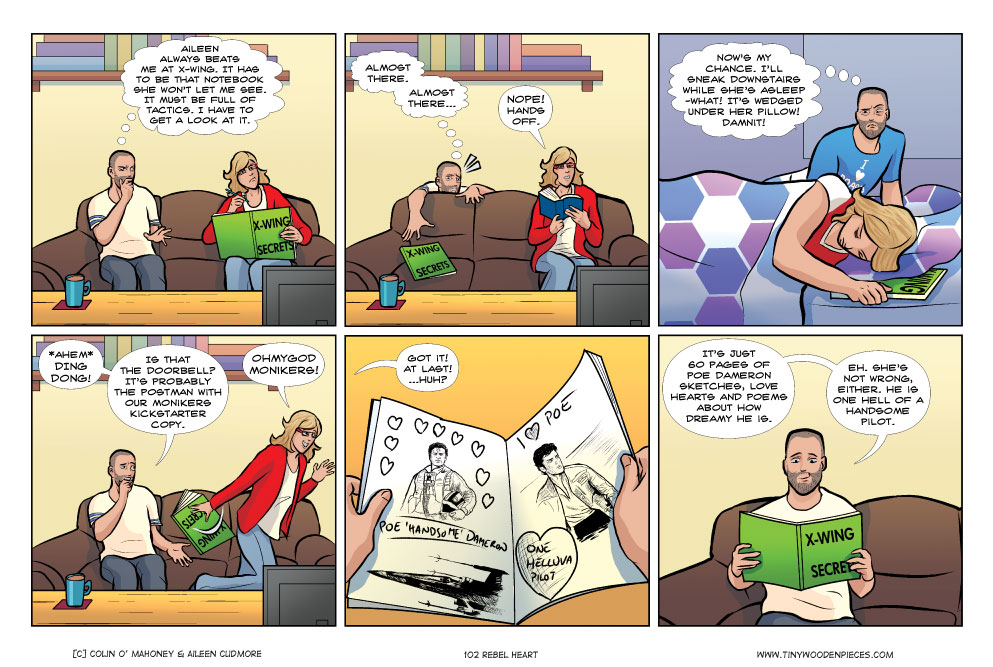 We will be in Boston from Tuesday for a family wedding, buying board games and indulging in as much local food as we can manage in an unfortunately short time. We will also be hanging out at Knight Moves board game cafe in Brookline. So if you are around, come meet us! We would love to hang out and play games. Come along on Tuesday the 3rd of May. We should be there around 7 or 8PM (we will confirm the time here and on Twitter) and we intend on staying until close (11PM) Directions and details can be found here, if you are going to come along, do let us know in the comments or Twitter.

The winning print from our competition of two weeks ago is on its way to Curtis J. Reubens, who selected “Marketing Directive” as his favourite comic. Congratulations again!

As we will be away for awhile, we have lined up some really great guest comics for the next two weeks. So you can look forward to the return of Dave and Roselyn, and some new friends as well.

Although I have been playing it a lot, I was actively trying to not do another comic about the X-Wing Miniatures game. We did quite a few in a short space of time, and we try to keep the comic as varied as possible. However, it’s not a coincidence that the Force Awakens is now available to buy, so we pretty much doubled-down on Star Wars this week and so made an exception when it came to writing the comic. Also Poe Dameron. Though the notebook itself is an exaggeration, our feelings towards this rakish hero of the Rebellion are not. What a pilot, and what a man…

The print ‘n play version of Monikers is one of the best, and definitely the funniest party game we own. It’s a game that provides the set-up for a group of players to make their own jokes, and there are always side-splitting memories from every game of it we play. Given how much fun the game has already given us, we were delighted to support the creators, back the Kickstarter, and line ourselves up for a proper version of it, plus an expansion. The Kickstarter has already ended, but if you ever have the opportunity to grab a copy, I highly recommend you do so. You can play with six players, but it scales well up to ten players (we’ve never played with more than that).