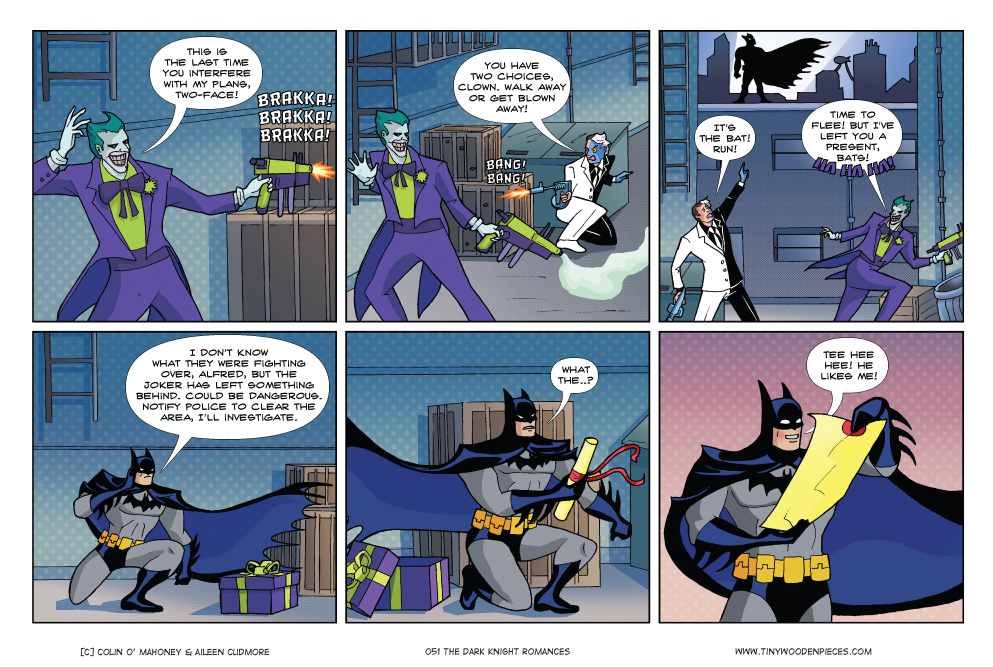 It’s the romantic undercurrent you always knew that was there.

Not content with releasing a Munchkin version of Love Letter, AEG are making a bid for the game to actually become the new Munchkin, releasing an ever growing number of versions of their now-flagship card game, with different themes bolted on. In addition to the Hobbit, Batman and Munchkin, later this year fans of Archer will be getting their own Love Letter as well. And as far as I’m concerned, this is fantastic. Batman Love Letter might seem an awkward mix, and the theme sure is fairly thin, but it remains the great gateway game that the original was. And with a Batman theme it’s a gateway game that is going to get into the hands of so many more people who would otherwise never have played it.

As a gateway game, Love Letter makes a lot more sense than Munchkin does. Munchkin is great fun, but it relies on players having at least a passing familiarity with the mechanics and tropes of dungeon crawling roleplaying games. This is easy to forget when dealing with players that are entirely new to gaming, and I have often seen players stumped with the workings of Munchkin, spending an entire game with a hand full of spells, weapons and equipment that they have no idea what to do with. Love Letter on the other hand, plays in about the time it takes to explain the full working of Munchkin to an entirely green gamer. I’m not trying to be down on Munchkin here, I do think it’s great fun, but experience has taught me not to use it as a gateway game anymore. So Love Letter usurping the heavily licensed crown of Munchkin is something I’m more than happy to see happen.

I’m not as big into console gaming as I am into board games, and so haven’t yet been willing to make the expensive switch from Xbox 360 to One. It’s going to happen this year, though, and the reason for that is Batman: Arkham Knight and Star Wars Battlefront. If you’ve been paying attention, you’ll see where I’m going with this: they are both licensed titles, both providing enough of a hook for a casual video gamer like myself to make a big spend on a console, and get into next-gen gaming (or is it current-gen by now?). I don’t imagine that Star Wars Battlefront will play all that differently to a COD or Battlefield title. For me, the difference is theme. It’s the idea of playing in the Star Wars universe, of flying speeders and battling AT-ATs. That’s what is going to get me back into console gaming, and it’s theme that’s going to do the same for a whole generation of board gamers as well.